Whether you’re looking for a flick to amp up the excitement and unwind from the tension of packing up and planning for a long haul, a great film to maintain backseat peace and make the hours in a car a bit more bearable, or just an old classic to bring back the memories then this comprehensive list of 10 Must See Road Movies is certain to bring cinematic delight.

10. Are We There Yet
Nick Persons (played by rapper Ice Cube) finds new love in businesswoman Suzanne Kingston, but her love comes with something Nick hates: two kids, Lindsey and Kevin, who just happen to hate their mom’s new beau. When Nick is asked to drive the kids to Vancouver, he accepts to stay in Suzanne’s good affections, but is not prepared for the 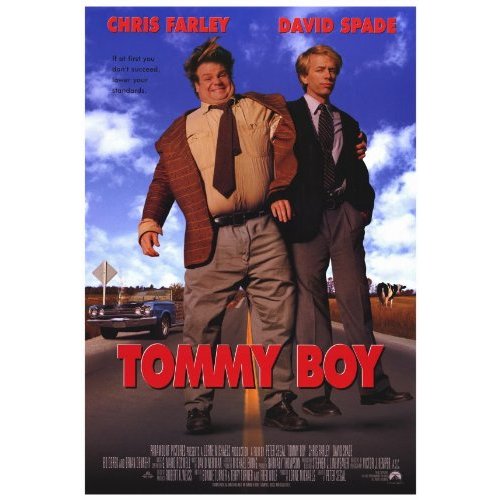 hilarity of unruly torment the siblings have prepared for him.

9. Tommy Boy
When Tommy Callahan’s father Big Tom Callahan passes away, Tommy must take on his auto parts factory in Ohio to prevent it from going under. In order to do so, he must ensure that enough brake pads are sold to protect not only the factory, but all of the factory employees from losing their jobs. Paired with his right-hand man Richard and a great eighties/nineties soundtrack you won’t be able to help but tap your feet along to, this cult classic comedy is the absolute poster-child of buddy adventure films.

8. Harold and Kumar Go to White Castle
One night after getting stoned, the nerdy Harold Lee and the boisterous Kumar Patel find themselves completely transfixed by a White Castle commercial, and a serious case of munchies they just can’t seem to shake. They figure there must be one fairly nearby (there’s not) and end up on a hilarious and slightly inappropriate trek in search for America’s classic slider. If you happen to be traveling to the Northeastern part of the United States, this movie would be particularly ideal, but keep in mind that its humor, while entertaining, is geared to a more mature audience.

7. National Lampoon’s European Vacation
After successfully winning a game show, Clark Griswold manages to convince his hesitant family to accompany him to his prize: a wild vacation tour across Europe. Havoc and hilarity ensue as the Griswolds attempt to truly fit in and experience Europe as tourists. 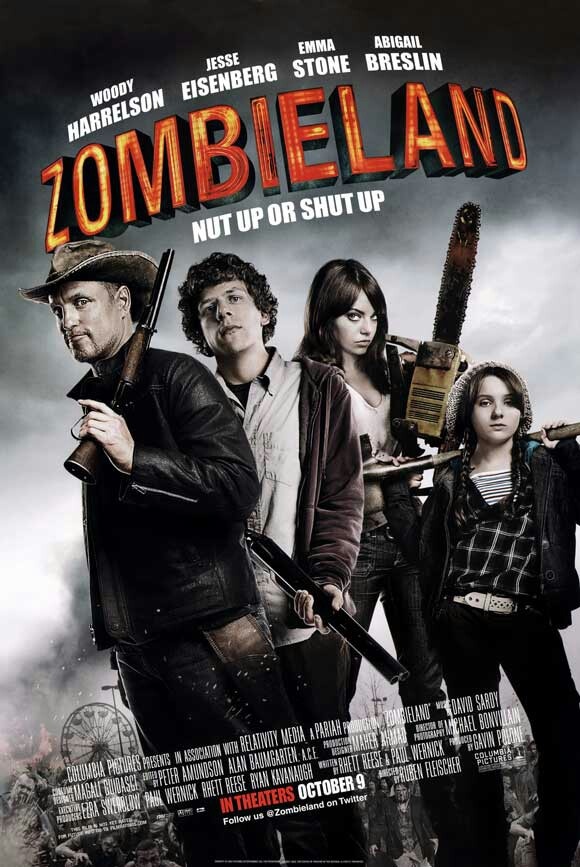 6. Zombieland
The world has given way to a zombie pandemic, and four survivors (comprised of all-star cast Woody Harrelson, Emma Stone, Jesse Eisenberg, and Abigail Breslin) must stick together against the walking dead in an effort to make it to the one place rumored to be safe: Pacific Playland, an amusement park in LA. The movie, which features a more comical and over-exaggerated gore than it does actual horror, will have you crying laughing with its hilarious cameos and pop culture references (including Twinkies and Ghostbusters), alongside a list of ultra quotable lines. There is a brief moment of nudity involved in the beginning credits, as well as strong language, but maturer audiences and parents will certainly appreciate the wide range of humor highlighted in this 2009 adventure flick.

5. Little Miss Sunshine
In order for their daughter to make it to the finals of a beauty pageant, an eccentric family piles into their VW bus for a cross-country road trip in the uproariously funny Oscar-nominated movie, “Little Miss Sunshine”.

4. Mad Max
In a not-so-distant future, apocalyptic Australia is dystopian and destitute, scorched and war-torn. Violent biker gangs rule over the wasteland highways like a tyranny, foraging for oil. When Max’s wife and child are killed at the hands of rouge motorcyclists, he sets off into the dangerous unknown for revenge. If you like the 1979 original, be sure to check out the 2015 “Mad Max: Fury Road”, which racked up a slew of Academy Awards, and features some pretty rad guitar rifts and swanked-up big rigs.

3. We’re the Millers
A small-time pot dealer creates a fake family out of an unlikely cast (a stripper, a runaway, and total nerd) in an effort to more convincingly sneak a huge stash of marijuana across the Mexico border in this hilariously great 2013 picture. Again, recommended for more mature audiences. 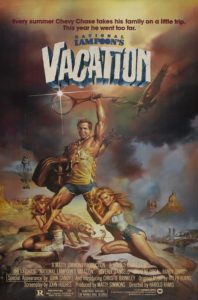 2. Vacation
National Lampoon gets an update in this comical 2015 remake. Rusty Griswold just can’t seem to please his family, but when he proposes a cross-country trip to his favorite childhood theme park, Walley World, he’s certain his wife and kids will be ecstatic: spoiler alert, they’re not, and Vacation documents their pained (but mega-funny)
journey to yet another one of dad’s (also funny) disappointments.

1. Cars
You can’t go wrong with this 2006 Disney-Pixar animated classic! Both parents and children alike will be able to enjoy the warm humor and lessons of Radiator Spring’s cast of talking cars, as they travel and work to compete in the Piston Cup.

So there you have it: 10 Must See Road movies! There are plenty more great road movies out there though, so stay tuned to Pohl Transportation because we’ll be taking a look at some other greats from the genre soon!