Doug started with Pohl Transportation in August, but has been driving a semi since 1984. Doug has pulled doubles, straight box and tankers. Outside of semi driving, Doug has had several different kinds of driving jobs including driving a lift truck, and being the lead/trail vehicle for a company that moved houses. Doug said moving houses is a very slow-moving process. Doug’s first job was at a full-service gas station where he pumped gas, topped off oil and washer fluids and washed the windows for customers. I bet kids today don’t even realize that is how gas stations used to work! 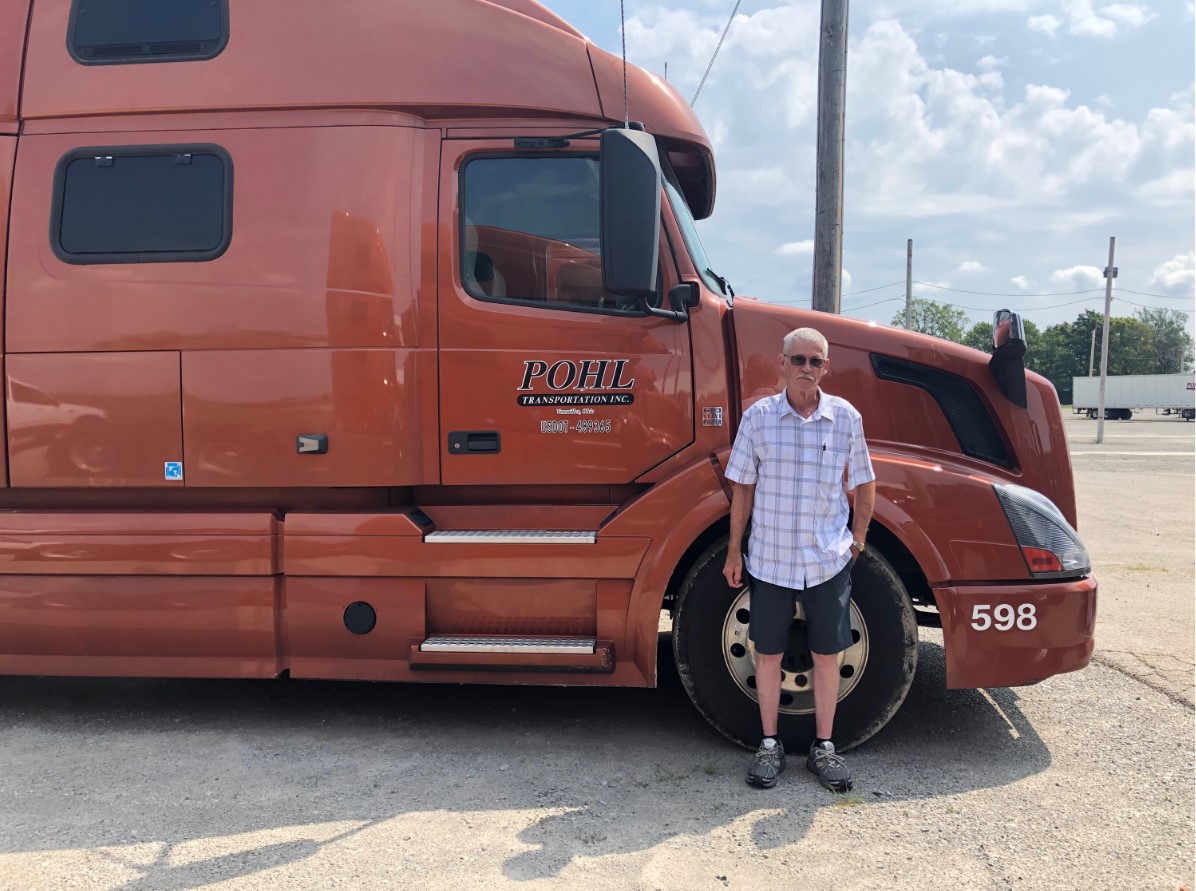 In his spare time, Doug enjoys spending time with his wife Kathy and their family. They have 4 boys, 2 girls, 22 grandchildren and 3 great grandchildren. The family enjoys fishing, camping, going out to eat and working in the yard. In the past Doug enjoyed building old model cars; his favorite one was a 1937 Model Cord. At one time Doug had about 30 cars in his collection. Doug also likes working on full size cars and going to car shows.

In the future, Doug would like to travel to Hawaii.

Thank you, Doug for being a part of the Pohl Transportation family.