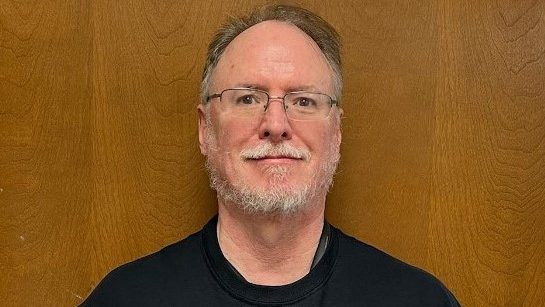 Don started with Pohl Transportation in January and brings with him 22 years of experience. Don has driven both locally and over the road and has pulled both van and refers. Don has always enjoyed seeing the sites while driving, and meeting new people along the way. Before driving, Don worked in a grocery store as a clerk and stocking shelves.

When Don is not working, he enjoys spending time with his family. Don has 3 daughters and 4 grandchildren that he loves to be with. Don also likes spending time with his dad, especially taking him out to eat. Don enjoys riding his mountain bike, working out, doing some reading, watching the local High School football games and watching the Cincinnati Reds and Bengals.

Don’s father was in the service, so they were stationed all over as he was growing up. Don was born in California and lived there for several years. Don and his family also lived in Alaska for 3 years, and Don learned to ski and skate while living there. Don even remembers traveling the Alcan Highway that stretches across the Canadian Rockies as a kid. In the future, Don would like to travel back to California, go to Hawaii and take a Caribbean vacation.

Thank you, Don for being a part of the Pohl Transportation family.