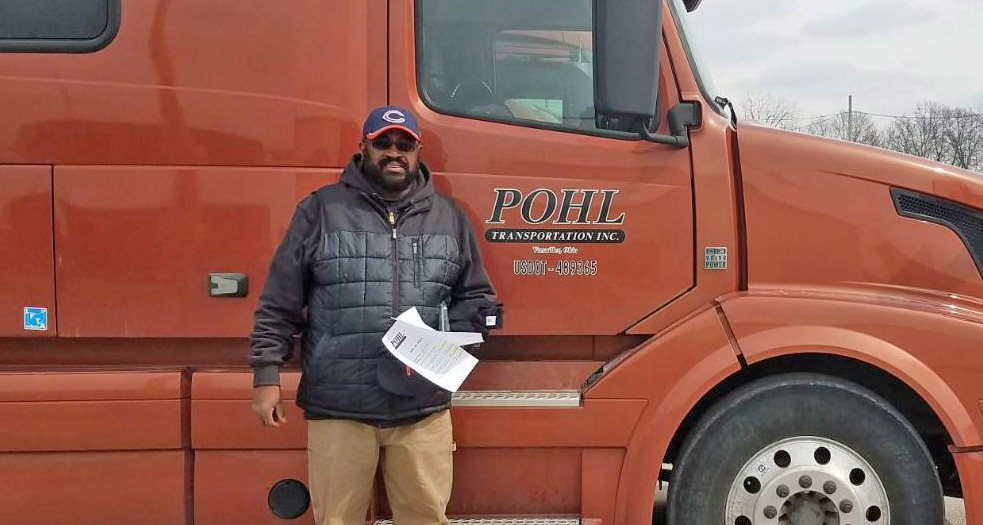 Jamin just started with Pohl Transportation in March. Jamin brings 19 years of driving experience, having done over the road driving and also city sewer/garbage trucks. Before driving, Jamin did some factory work.

In his spare time, Jamin likes spending time with his family. One of their favorite things to do as a family is go camping. Jamin and his family have been to a couple national forests, one of their favorites being the Hoosier National Forest and Lake Monroe. Jamin also enjoys going to the gun range and comedy clubs.

Jamin and his wife, Pam, will be celebrating their 10 year anniversary this year. They will be marking that with a trip to Orlando later this year. Jamin would also like to make it out west to camp in some of Colorado’s state parks, and he would also like to hike and visit the Appalachian Trail.

Thank you Jamin for being a part of the Pohl Transportation family.