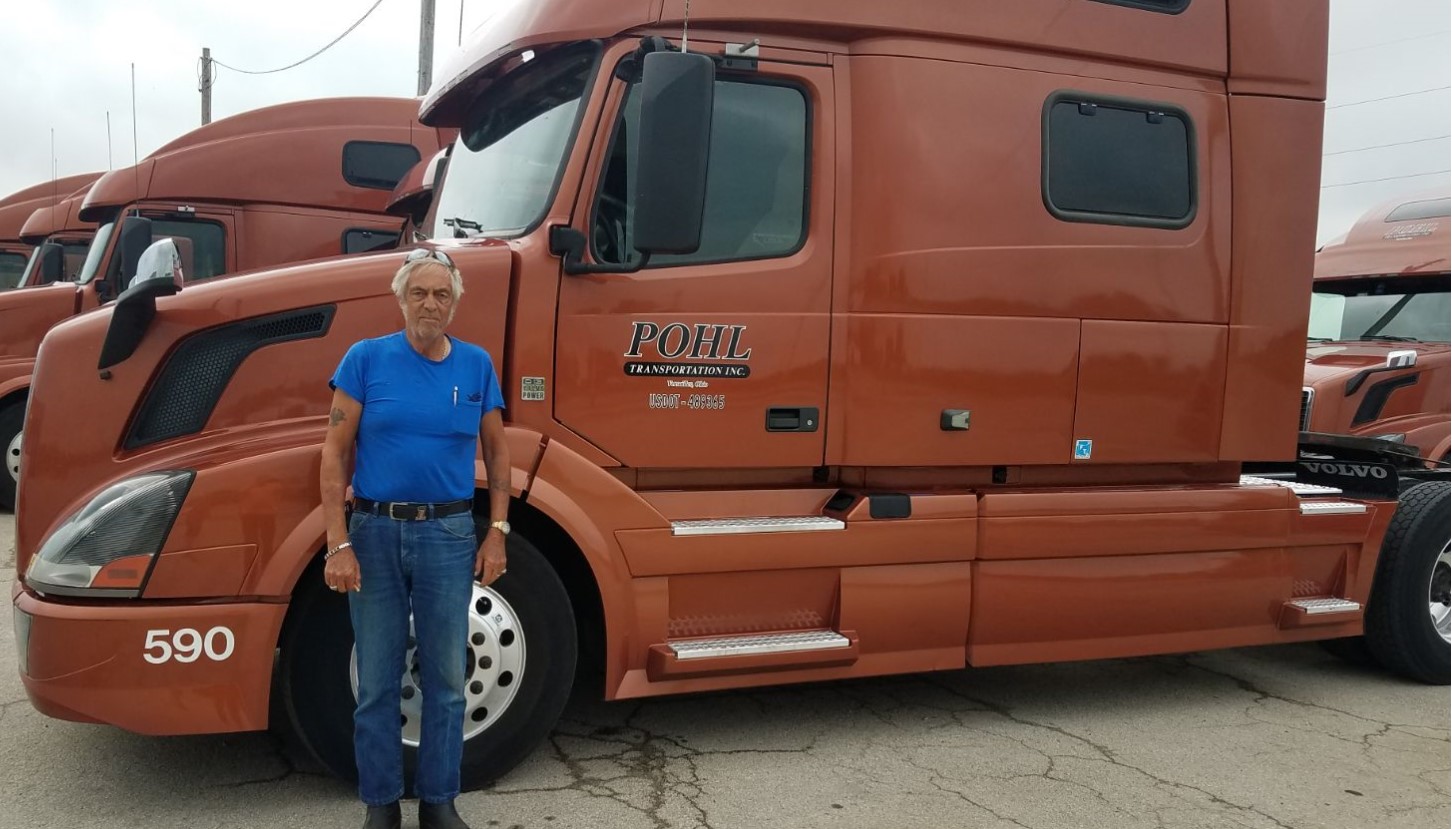 Gary started with Pohl Transportation in August and brings with him 20 years of both dry van and flatbed OTR experience.  Before driving, Gary was in the U.S. Airforce for 20 years where he was an aircraft mechanic. By the time he retired, Gary served in many countries including Germany, Spain, and close to the Russian border.  After the military, Gary worked in law enforcement as a police officer in Florida and also did work as a security guard. Thank you, Gary for your service!

During his service with the military and as a police officer, Gary was able to meet several celebrities including Bob Hope, Phyllis Diller, Tanya Tucker and Erik Estrada.  Gary met Erik Estrada when he was the lead motorcyclist during a motorcycle convoy that he rode in that ended in Bristol, TN. Gary and his wife Sharon both enjoy riding the motorcycle whenever they can, and belong to the local motorcycle club.  Gary also enjoys watching the Yankees on TV and spending time with their 3 fur babies; one Pekapoo and two Chihuahuas. Gary’s Chihuahua Mitchell shares the open road with him.

Thank you, Gary for being a part of the Pohl Transportation family.