Jerry started with Pohl Transportation in December, but has been driving over the road since 1987. Jerry has been able to travel to several states and destinations over the years; his favorites have been Louisiana, Texas and the Carolinas. Being a seasoned driver, Jerry has seen many changes in the industry. He feels one of the biggest changes is the driver unity isn’t there like it was years ago. Jerry feels like drivers used to have each other’s backs, and they just don’t anymore. Jerry still loves what he’s doing and truly enjoys being over the road. Before driving, Jerry was a reservationist for TWA. Jerry also served in the US Army for 10 years, where he was a Sergeant working as a radio teletype operator. During his service he was stationed in several countries including Germany, Italy, Korea and his favorite – the Philippines. He was also stationed in Alaska for a short time. Thank you Jerry for your Service! 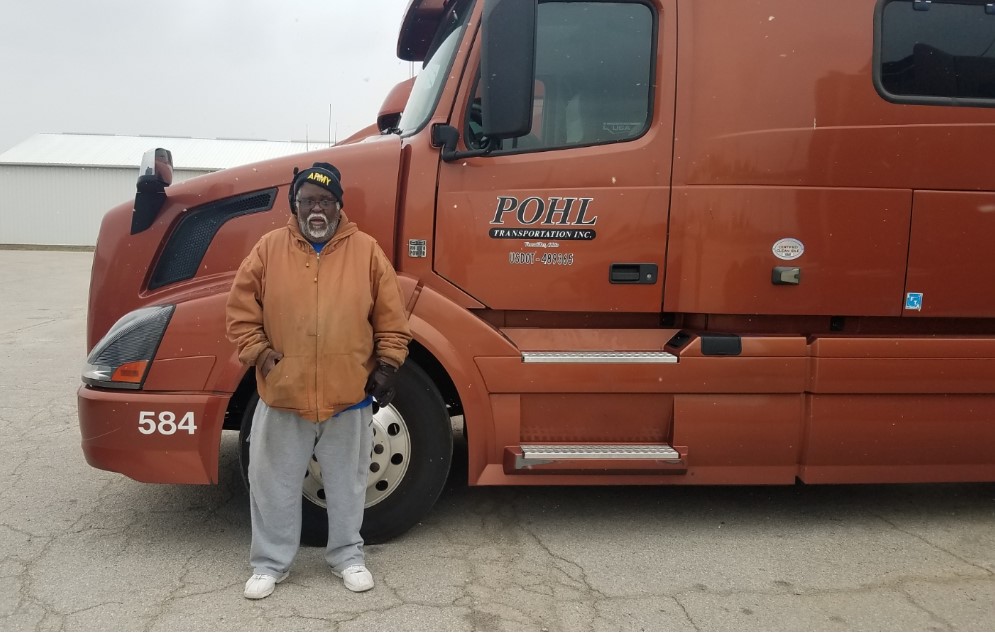 When he’s not working, Jerry enjoys spending time with his daughters, relaxing, flying kites and watching TV. Jerry also likes to cook and said he would like to go to culinary school after he retires to broaden his abilities and knowledge.

Thank you, Jerry for being a part of the Pohl Transportation family.