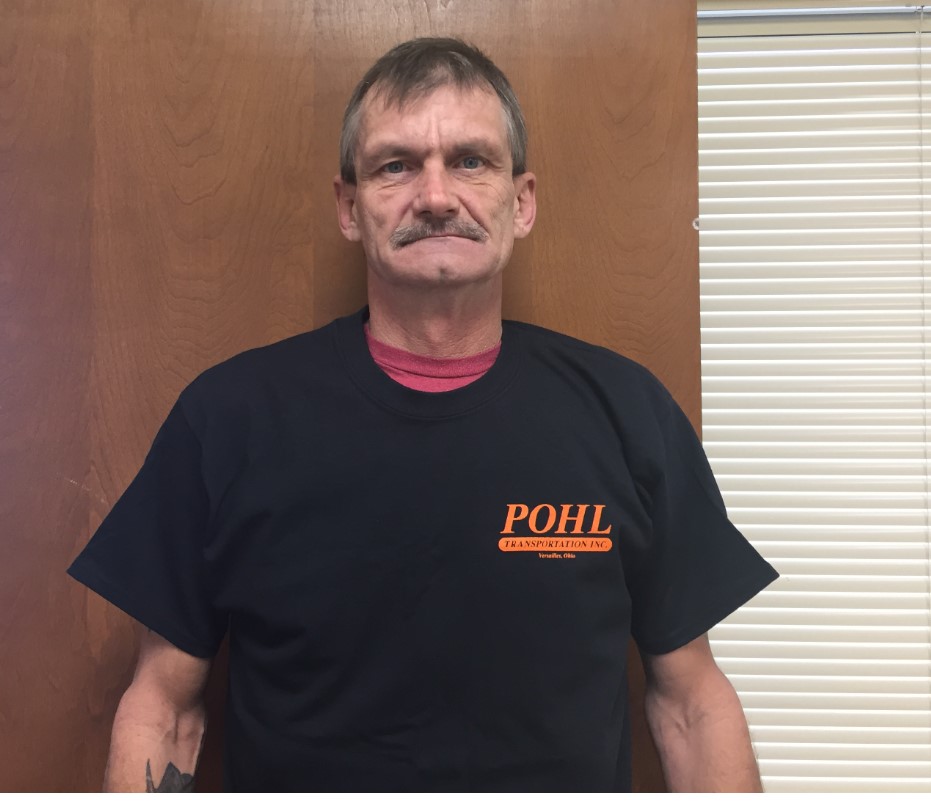 David started with Pohl Transportation in February and we are glad he decided to join our team. David has been driving for 20 years, mostly over the road, having pulled box, refer and flatbed trailers. Before driving, David worked in construction, warehousing and was a furniture mover.

David and his wife, Cindy have been married for 6 years and have a blended family of 5 kids and 3 grandchildren. They also have 2 pugs. When David isn’t working, he enjoys spending time with their family and friends. They like hanging out on their patio, playing with the grandkids and grilling out. David also likes spending time working in the yard and doing home improvements and, when possible, just relaxing. David also collects vinyl records and DVD’s of old concerts.

David’s wife Cindy rode in the truck with him for two years, and they 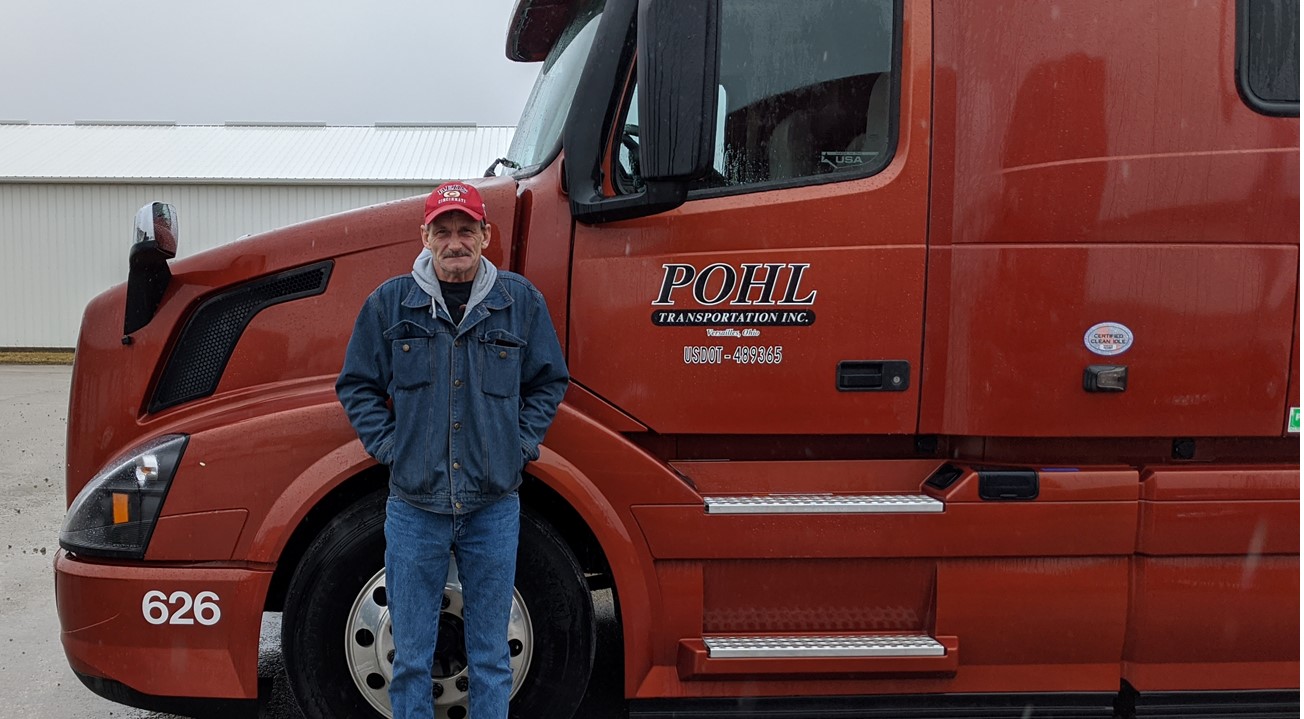 were able to see many sites together. One of their favorite runs was from Kentucky to Salt Lake City, UT, which they were able to about every other week. In the future, they would like to go back to Utah and revisit the places that they stopped at along the way. David would also like to go skydiving if he could convince Cindy to let him.