Curtis started with Pohl Transportation in March. Cutis has been driving for over 30 years and said he has seen a lot of changes within the industry during his career. Curtis has hauled coast to coast, worked both over the road and locally, and has pulled just about any kind of freight you can imagine other than tanker products. Curtis was also an owner operator for 12 of his driving years. Curtis enjoys driving and being able to see different places and things while out on the road. One of his favorite areas that he has been to is out West, especially Texas. Before driving, Curtis was a heavy equipment operator. 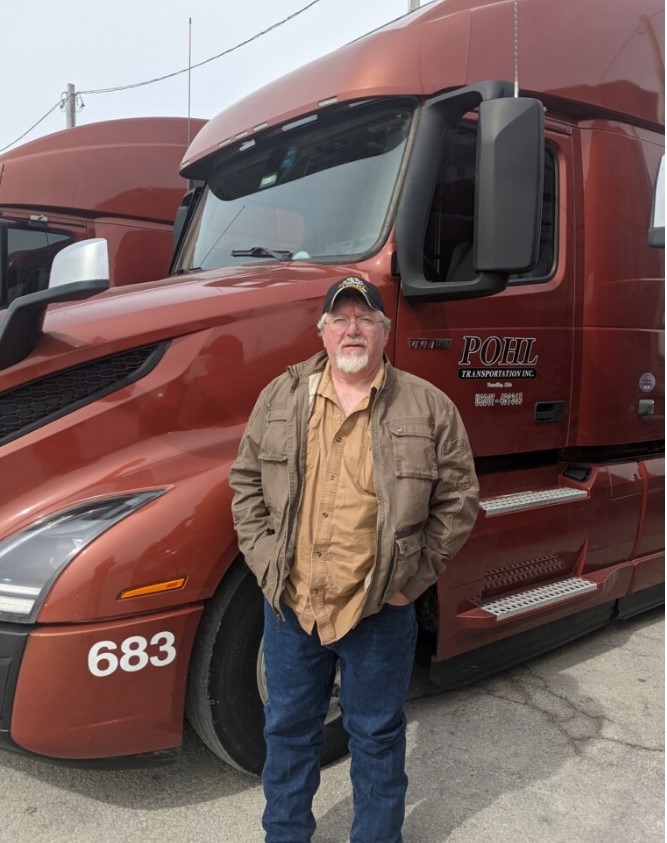 When he is not driving, Curtis likes just being outdoors. He enjoys fishing, hunting, watching dirt track/drag racing, riding 4 wheelers and his motorcycle and spending time on the family’s farm. He also likes spending with his family; he has 2 children and 3 grandchildren. Curtis likes taking things as they come and is looking forward to having more time in the future doing the things he loves outdoors.

Thank you, Curtis for being a part of the Pohl Transportation family.