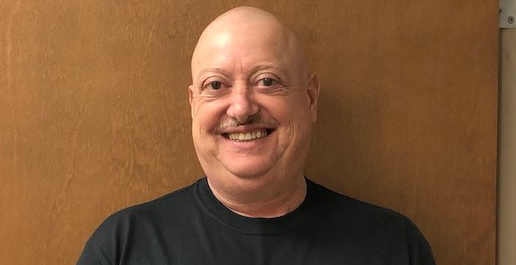 Scott started with Pohl Transportation in May and brings with him over 28 years of experience. Scott has driven mostly over the road pulling dry van and flat bed, but did drive a coal bucket for a few years. Scott has always been a worker and it started at an early age, having started driving tractor on his grandfather’s farm at 8 years old. Scott studied to be a diesel mechanic and after his schooling was a diesel mechanic for 2 years. Over the years Scott has worked on a dairy farm, chicken farm, in janitorial services, mowed, worked at Wal Mart, and in bridge construction Scott was also enlisted in the U.S. Army for a total of 8 years in Field Artillery. After his active enlistment, he was in the Guard for a year. Thank you, Scott for your service!

Scott and his wife, Leigh have been married for 20 years and between the 2 of them they have 3 kids and “lots of grandkids”. They don’t see them as often as they would like, but hope that changes in the future. Scott and Leigh enjoy being outdoors enjoying nature and going fishing. Scott also likes to hunt. Scott has a huge passion for bowling and would like to one day go pro. Over the years and during his enlistment, Scott was able to see many countries including Korea, Switzerland and Germany. With all of his traveling overseas, the place Scott would like to visit in the future is right here in the U.S.: the Grand Canyon.

Thank you, Scott, for being a part of the Pohl Transportation family.