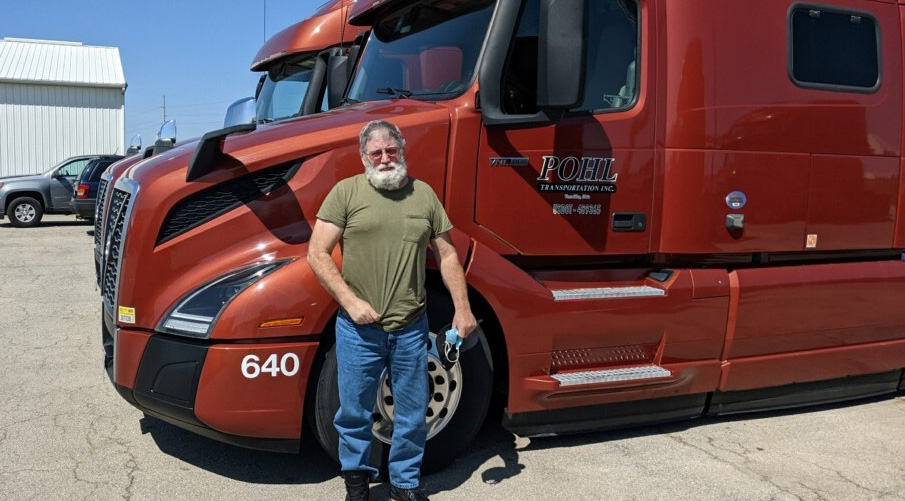 David started his driving career in 1976 hauling eggs for farmers.  He has also worked for the local city maintenance crew – plowing snow, operating heavy equipment and hauling the equipment around town.  David also did warehouse work at night while working for the city.  David was in the United States Airforce for 3 years in the early 80’s.  He was enlisted through the Airforce, National Guard and Reserves all during that timeframe.  His main duties focused around Military Police and Security and driving nuclear materials and parts across the country.  Thank you, David for your service!!

When he is not working, David likes to just slow down and relax.  One of his favorite ways to do that is fishing.  He also likes to do carpentry work – his father, grandfather and uncle were all carpenters by trade, so he has a lot of background knowledge from working with them over the years.  David has 4 boys and 5 grandchildren.  His family is spread out all over the country, so he doesn’t see them all as much as he would like to, but does visit them as often as time allows.   David enjoys the different country-side scenic landscapes while driving and would one day like to retire on a farm.